A Great New Product!  Check it OUT!!!

I had an opportunity to play with some great transparencies from a new company.  She's not knew... but this venture is.  You all know Debby of Debby's Dare ...  well, she's designed these, and they are so wonderful.  There's more than just the transparencies that I've used.  Go and have a look at what others have designed this past week, and see what she's about.  You won't be disappointed.  She's not a friend of mine... (though, hey, we could be).. so I'm being straight with you.  This is what I actually think about her stuff.  I've been going to her blog for awhile now, and I'm excited to be a very small part of getting to show this off. 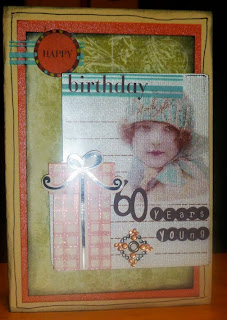 Here are the two projects that I did.  (I did more, but of course, with the move, I wasn't able to scan and upload them.  Crazy times lately.  :)  For the card, I tried to show off the transparency on a light cardstock, so I put it against an ivory pearlized cardstock, trimmed it a great deal, cut it in half, and retained the bottom part for another time.  I also trimmed the left side off of it, and outlined it in brown pen, as well as used rubons and stickers for the birthday and 60 years young wording.  The stickers and a pop up sticker cardstock were used for effect. 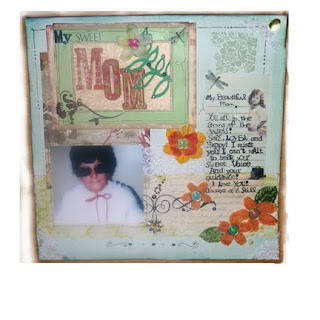 In the layout, I used most of the transparency.  I wanted the full size, and I put the transparency against a pearlized green cardstock for effect, and to bring it out.  It has such a lovely ethereal quality, that I felt I wanted to capture that look.

Be sure to check out Debby's Dare... and see for yourself what she's going to be offering.  You won't be disappointed.  Gotta love new scrapstuff!!!!!
Posted by Sandie at 8:19 a.m. 1 comment:

Crazy times.  So much change in our world... and I can barely think.  We needed to move... but it's still stressful.  Our son was raised in the other house.  17 years!  Can you imagine?  17 years we lived in that house, and now here we are in the new one. I'll post pics once we aren't living in abject chaos.  I'll post pics of inside and outside.  The best part?  It's got 1,500 sq ft more than the last one.  The other good news?  It has a scrapbooking room for me, that's NOT in the basement!  Yeah!  It's on the main floor, with french doors leading to it... off the kitchen and laundry.  How perfect is that?  AND it has doors leading onto the back deck!  Very handy.  Pics will come, I promise!
Posted by Sandie at 9:20 a.m. 1 comment: 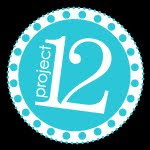 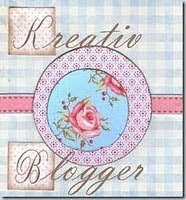 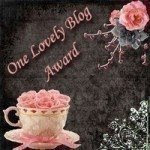 I received this from http://www.scraptiffany.com/blog_tiffany/ Go and check them out!!!!!

The Blogs I Visit 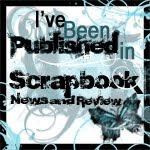 Sandie
I am who I am. I am mostly a mother. I say that, because everything else takes a backseat to my son. His name is Dana, and he is 18 years old! And he's amazing. I am secondly a wife. (Obvious distinction). He's also amazing. We've been together 29 years this January... and married for 22! Most of my life has been spent WITH this man. And if you've ever met me in person... I am obviously a Catholic. I say that, because I'm surrounded by many and varied identifiable features.. like the large Crucifix around my neck, and the various pictures and statues, etc, in my home.